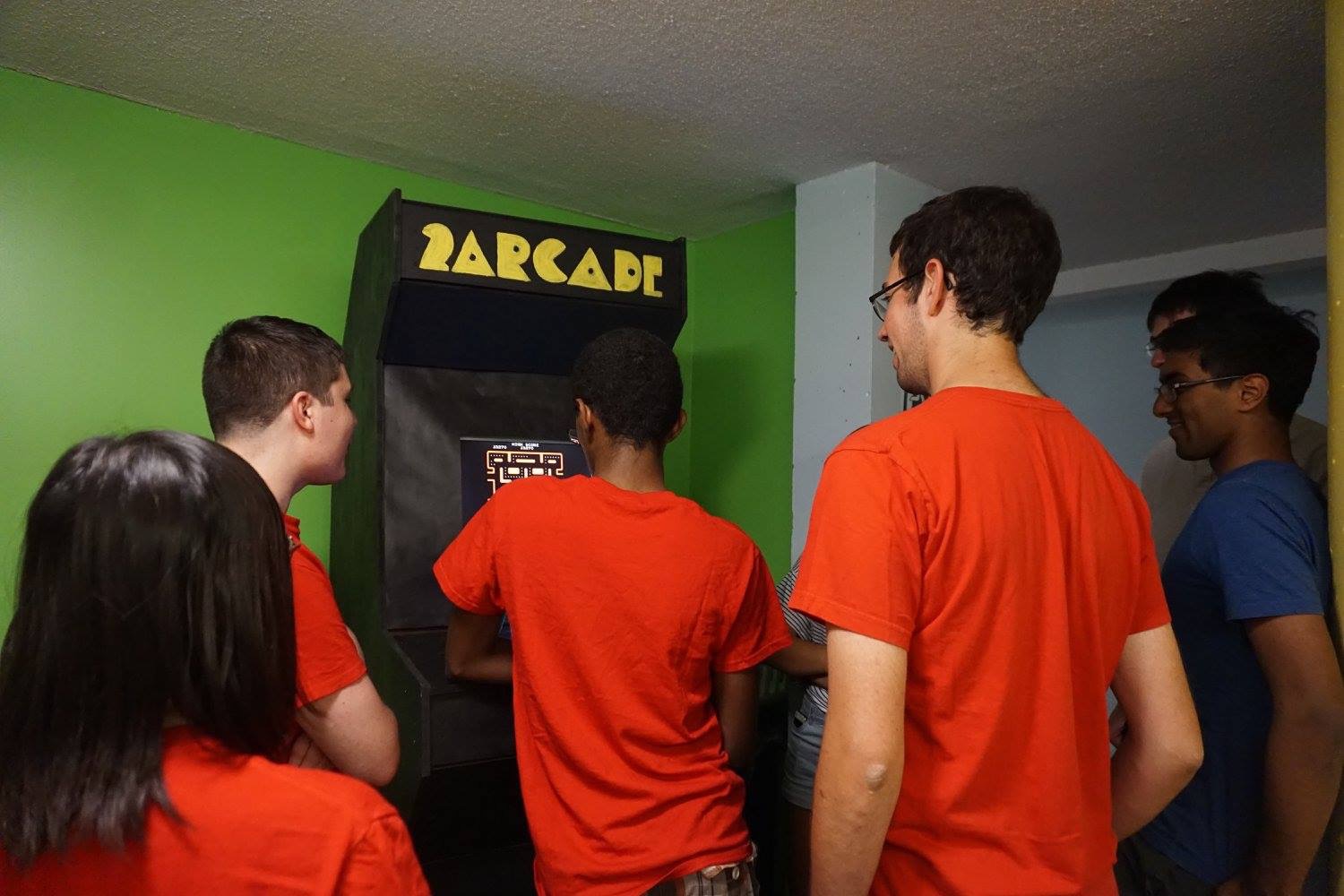 2 East’s very own homemade arcade machine! The various assortment of knowledge and skills of many 2 Easterners (Easters? we aren’t holidays, idk) came together to design, build, program, and decorate an arcade machine insummer/fall 2016.

2E’s build group. Their most recent project, Bar-enda, is designed and built to house two and a half shelves of liquids, as well as a 2ft cube minifridge (truly a staple piece of furniture for all your partying needs). Members are also involved in build projects like Next Big Thing (big things in the courtyard) and Next Haunt (an escape-the-room haunted house in the basement).

2E is lit, and as such, its lights must keep up with itself. Justin is building a wall to mount his LEDs for the enlightenment of the wing - and he’s going to make 2 West pay for it! Just kidding, 2E welcomes outsiders. Come see the 2E light show! :) 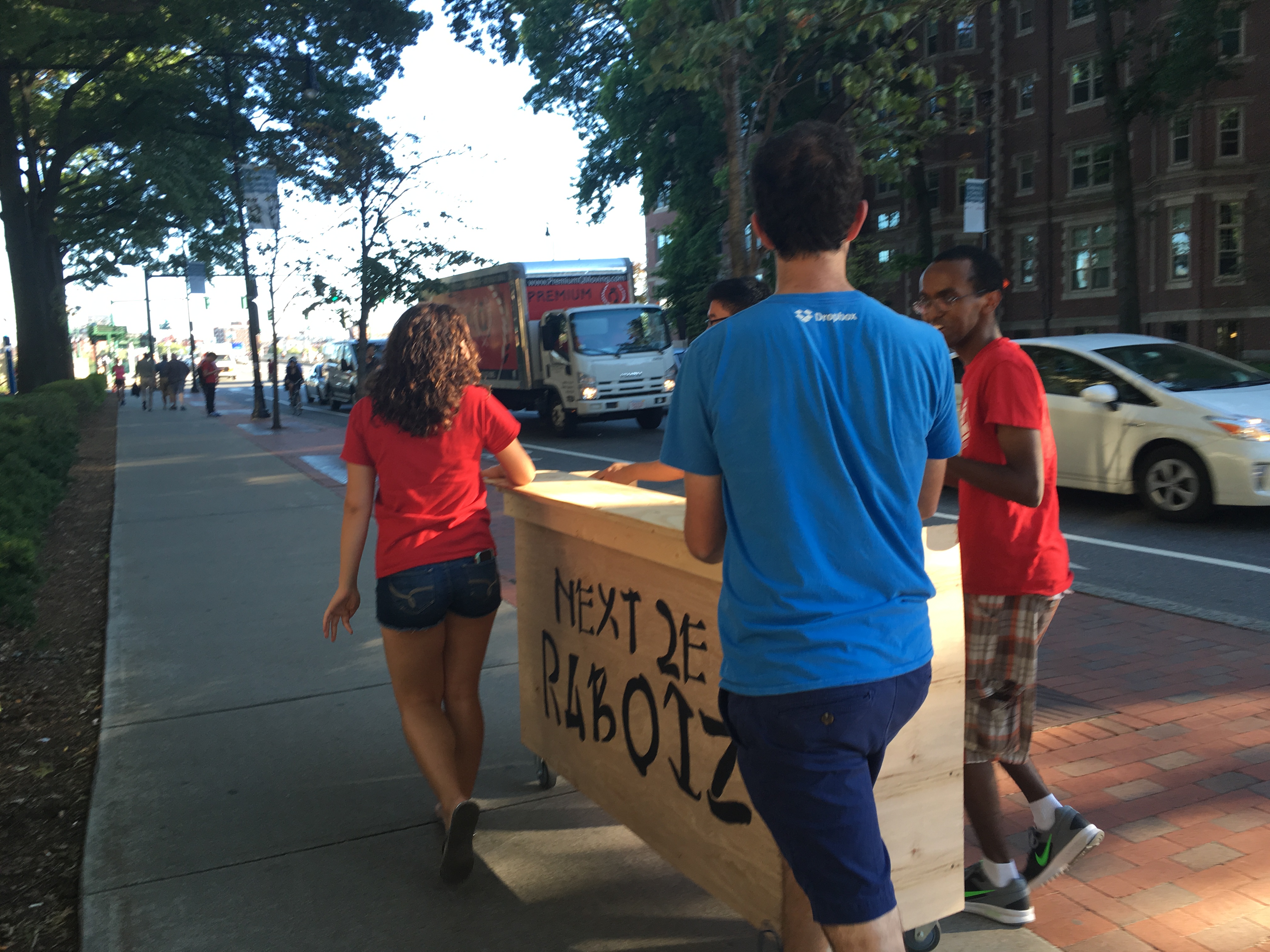 The website of 2 East. You’re on it now! Here we plan to maintain an interesting portfolio of 2E shenanigans. Check back often to see what new things we’ve been up to! Contributed to by many 2Easterners (2Easters, 2Eboiz, TueyBoizYeah…) in 2016.

While this is a dorm-wide endeavor rather than a wing-wide one, 2Eastians Justin and Jennifer are the costars of this video for the MIT Class of 2020 about Next House. [video]

With 2E as his muse and sole inspiration, Justin creates music, his most recent song 2BaE being a tribute to 2E.

Bonus: Justin getting pied in dedication to 2E

A time-honored tradition in which Jennifer gets a creative birthday song cover each year, with a rap battle by RWB and PBB. Producted by Justin.

An intricate rap by 2E’s own Tambino in which the lyric lengths (number of letters in each word) correspond to consecutive digits of pi. (lyrics)

In his words, “an Inertial Electrostatic Confinement Farnsworth Fusor that combines deuterium nuclei into helium. The Fusor produces neutrons and photons as evidence of the occurrence of nuclear fusion.” Recommended back-to-school dorm supplies include a shower caddy and a geiger counter. 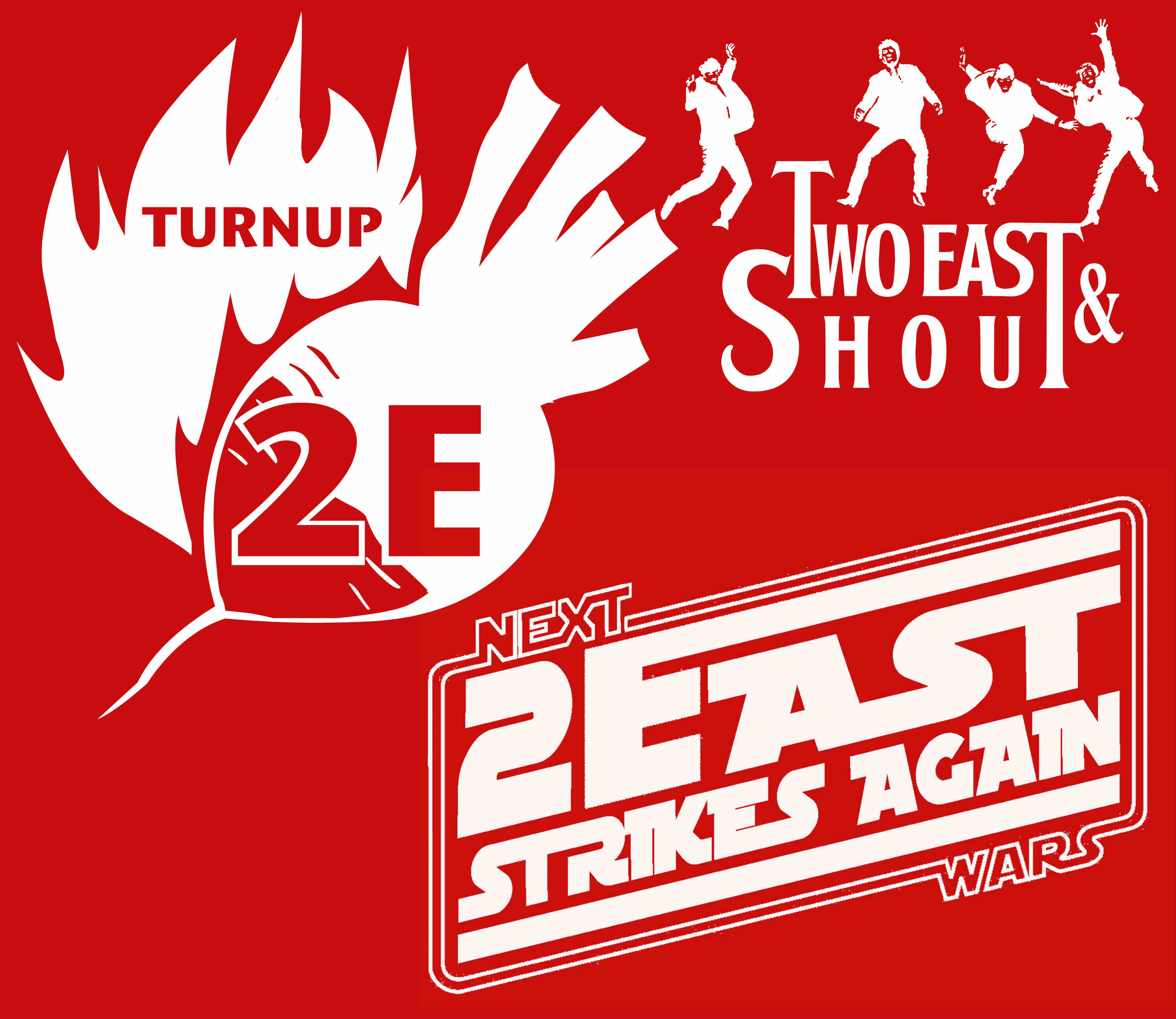 2E residents Janelle and Cheyenne made an interesting contraption over IAP 2016 for AIBD (Applied Innovations in Bicycle Dynamics). 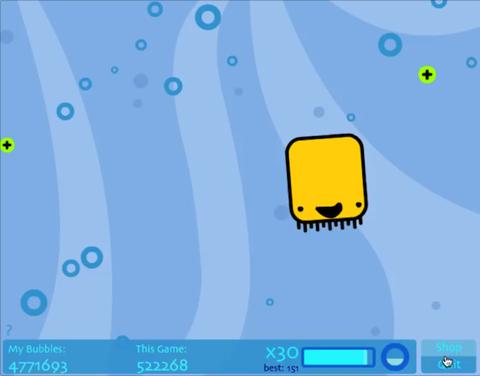 Ben has made a ton of fun games – play them here or on your phone! 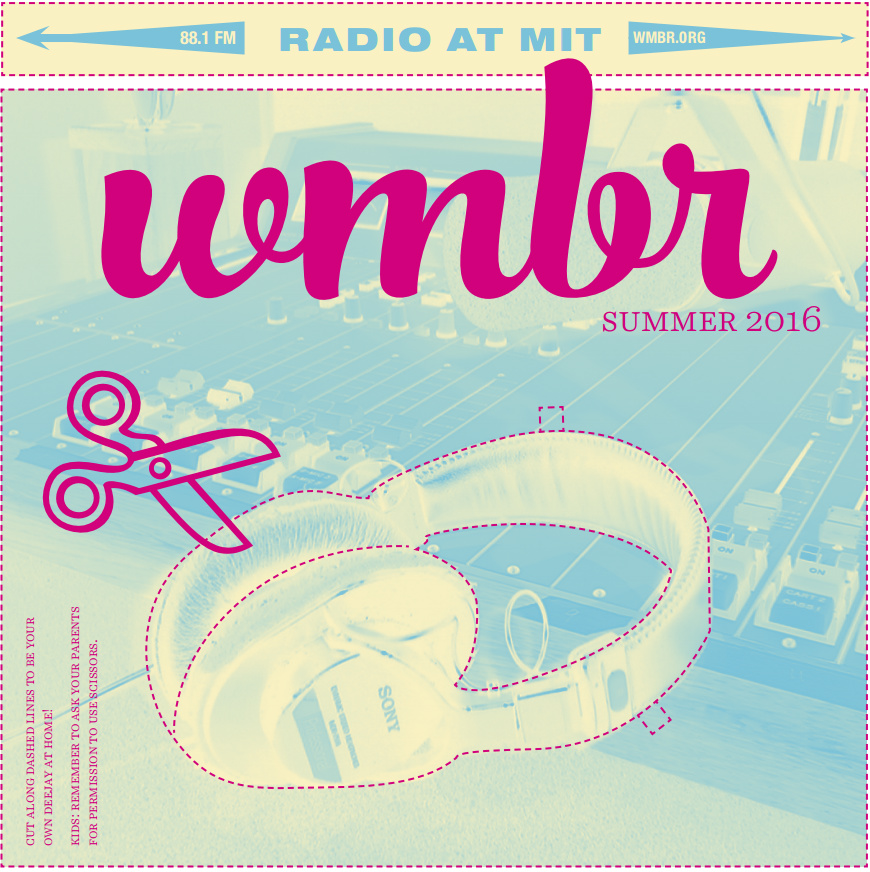 Manuel co-hosts the show QV Noise on MIT’s radio station, WMBR, every Tuesday night. It’s always fun to tune in and hear him on air! 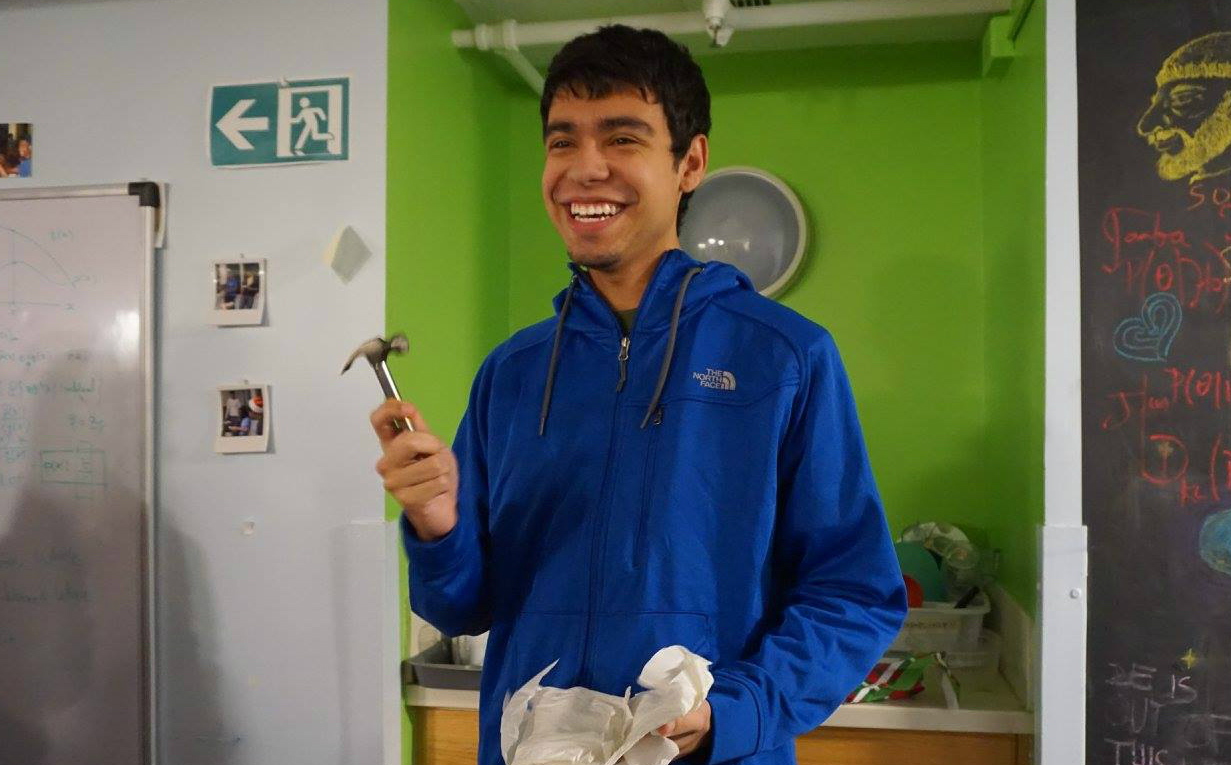 On those dark nights of the soul where you’re staring down a pset due in 5 hours, it’s a comfort to get a message from 2E resident Los the Hammer (Carlos) that Losbucks is serving.